These glitches came about when using Processing to create a series of computational landscapes for my Masters project entitled Hum.

Whenever you try and access an image on a graphics card that doesn’t exist, you end up retrieving some old pixels that were destined to be used for an image of a different size and location in the card’s memory. This results in a variety of gridded or stepped glitches that many of us are familiar with.

It is easy enough to recreate these by simply accessing a part of the graphics card that you have not stored something in yet but thanks to an imperfect hardware setup in my studio I found an alternate method. I had a desktop running across two displays at the time, each driven by a different graphics card. When moving one of my animating sketches from one monitor to the other the competing graphics card drivers would corrupt and break the content. The interesting thing was that only part of the content would break whilst the other part would continue to animate, enabling me to do this multiple times.

I began to experiment by building an interface that would sit outside the sketches but be able to manipulate them by changing colours and patterns between each break. I would also run animations before doing this to fill the card’s memory and attempt to lead it to retrieve certain patterns when breaking. I enjoyed the human metaphors in how fallible this process of computer memory is.

The final images are screen shots taken from this process, the only post-process image processing being occasional cropping and rotation.

Lights around the city come to life, broadcasting their stories via morse code to be translated by people’s phones. 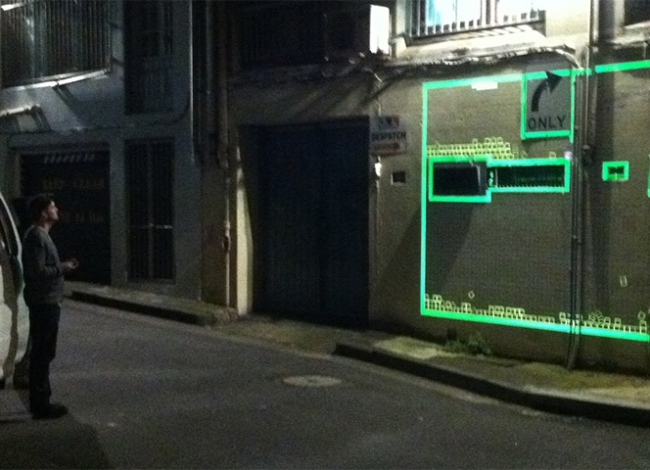 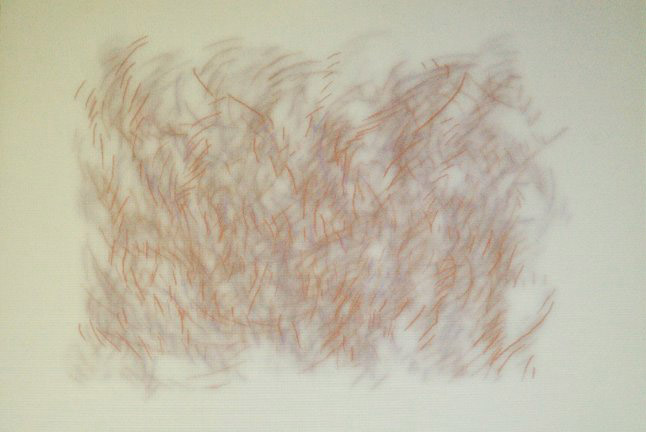