For Lexus at the US Auto Show season we created a very playful photo booth experience. Users could choose from a range of different coloured light wands before entering the booth and creating their own painting with light over their portrait. This went through a moderation interface where user could choose to be sent their images before being displayed on a giant animating gallery wall.

There have been a few digital version of light writing techniques created by prolonged exposure but I really wanted to find the right balance between user feedback (not waiting seconds to see what happened) and quality (not just a bunch of video frames blended together). The interface I ended up with had variable controls for camera frame rate and exposure time so that once on site we could find the fastest frame rate possible that would still give us a nice smooth quality of line as opposed to the dotted effect of blending video frames with quick exposures.

Shortly before the drawing timer is done the screen flashes white so that the user appears in the image, although we have recently added an external flash to make this even clearer.

The application was built using a Point Grey Flea 3 camera and Cinder. The backend was built by Guillaume Bodi in Ruby and the gallery wall was built in Air by Jonathan Kafkaris.

The installation was very well received, bringing out the romantic in some… 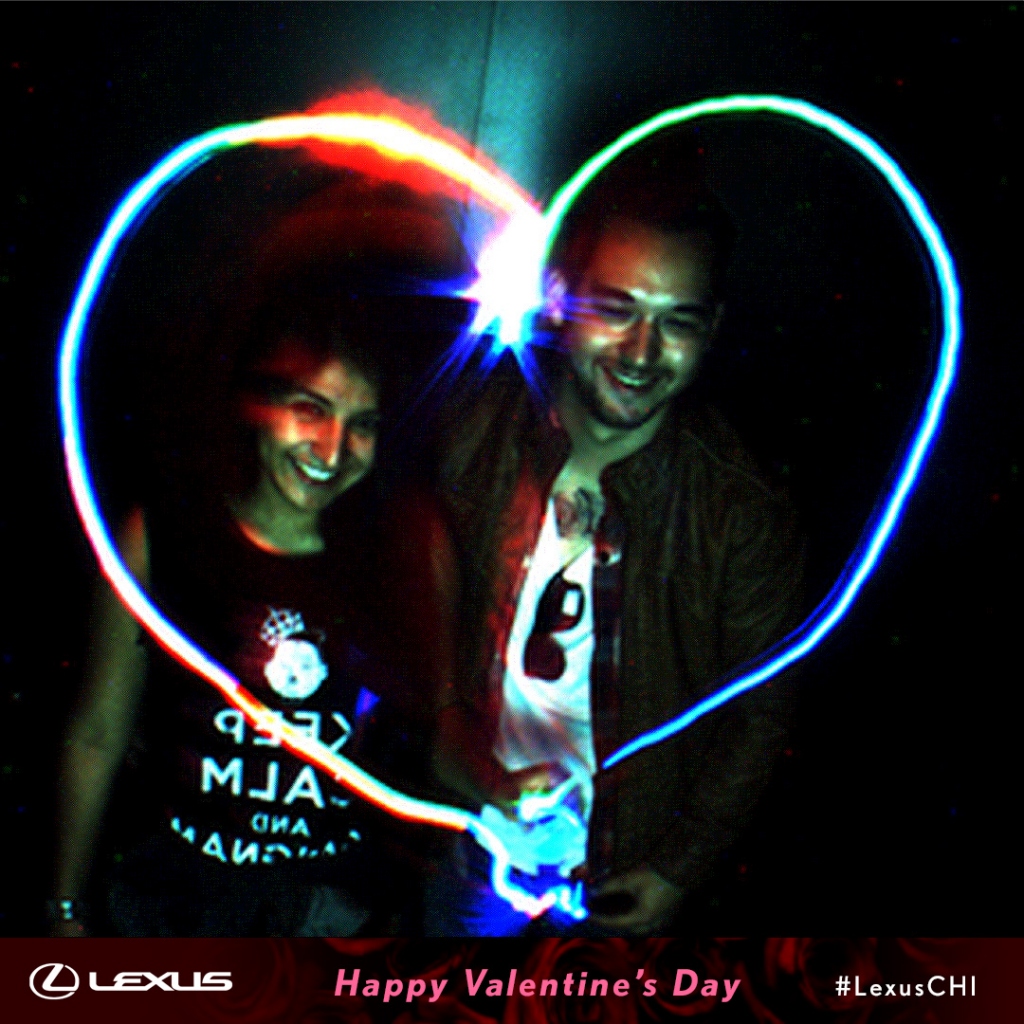 …even in our LA office: 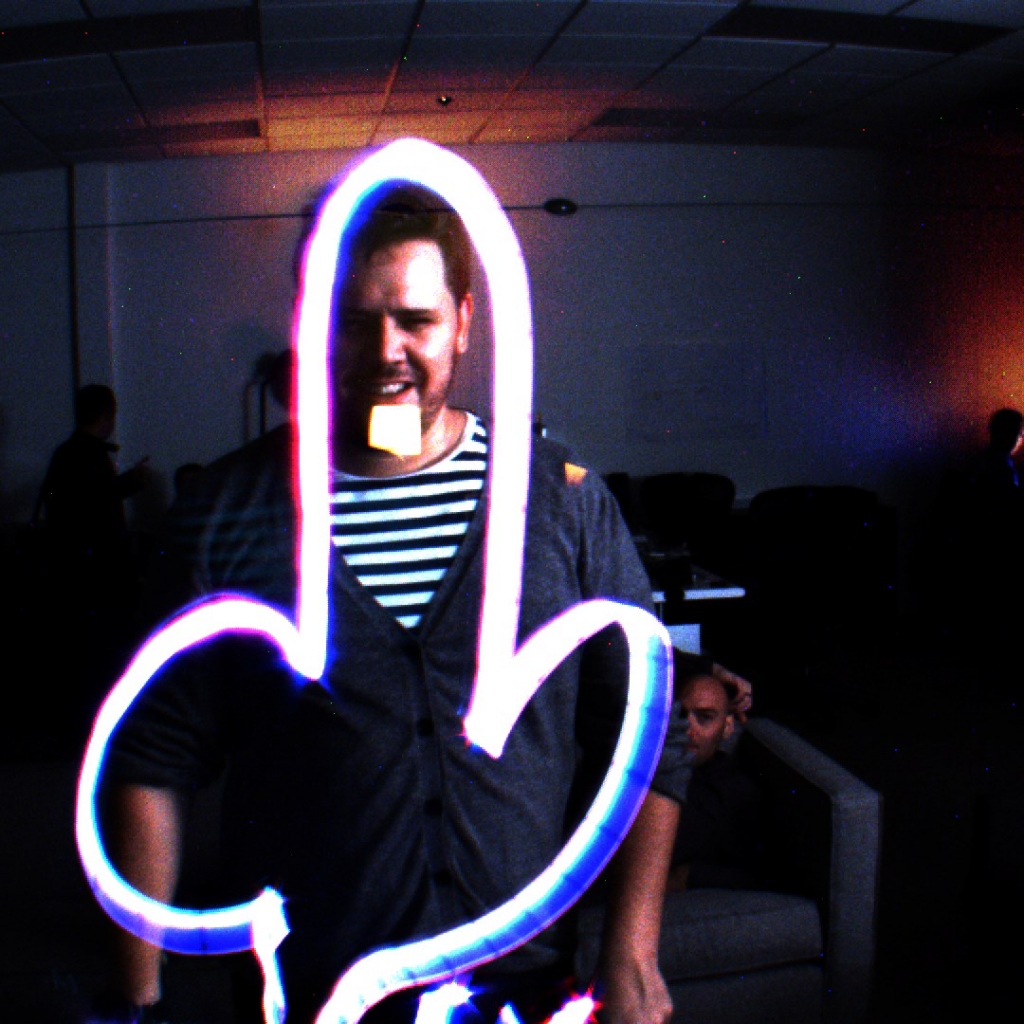 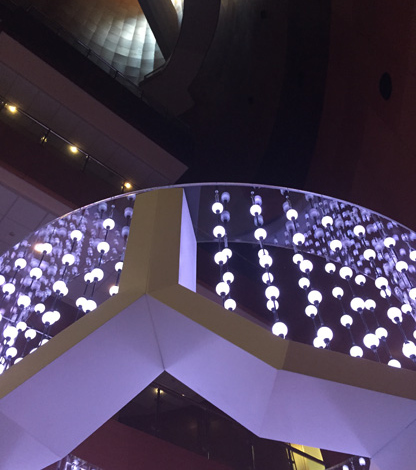 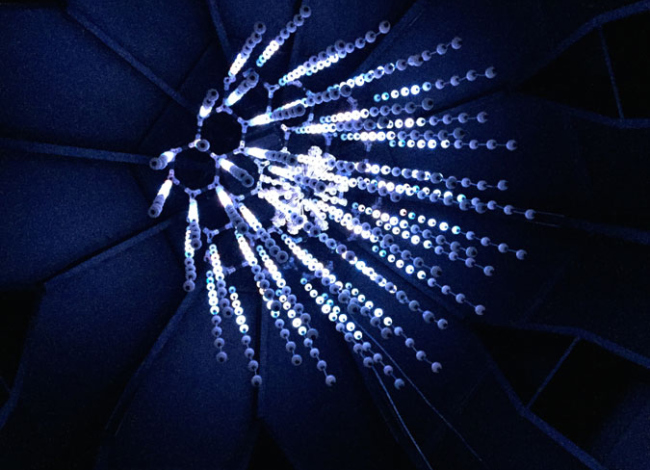 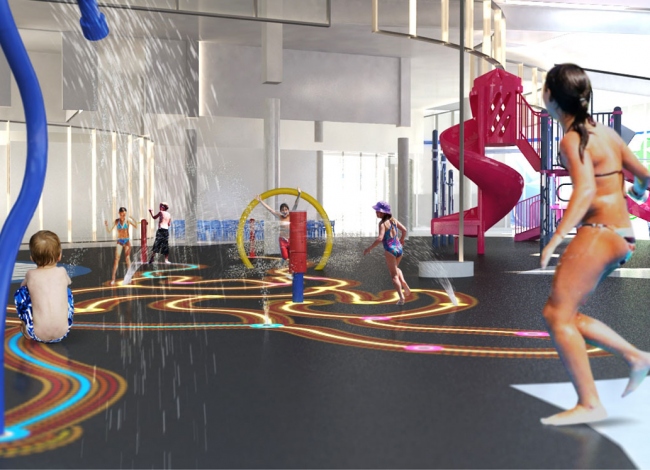